Talking about arts and design universities, we have this national college of arts and its ranking points and scores are 100 and this Indus valley school of art and architecture, its point and score is 82. In Pakistan, we have many of the computer science and also information technology universities and here we will talk about their HEC ranking too. 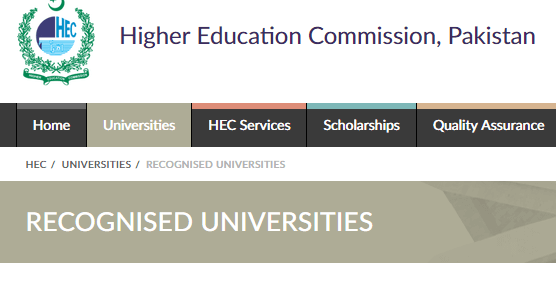 This is all information on Pakistani universities ranking under HEC, you can stay and keep in touch with us. If some revised ranking will be given by HEC, if there will be changes made in these rankings by HEC then we will let you know.

This higher education commissions, it makes sure that universities working in Pakistan, they work according to the international standards and on the basis of this criteria, they finalize this ranking structure.